Network Rail: National week of discovery and learning about the rail industry concludes

Rail Week was conceived by Young Rail Professionals so that young people, parents, teachers and careers advisors could see first-hand the exciting projects and facilities and range of jobs in rail.

As well as a programme of activities in schools, colleges and universities, led by industry ambassadors, there were talks and displays at sites on the railway, including stations, from companies such as Network Rail, Atkins Global, South West Trains, Crossrail and HS2 Ltd.

Network Rail and Communities First – the Welsh Government’s community-focussed programme – jointly co-ordinated the sessions, with interactive quizzes and talks from a range of Network Rail ambassadors about the rail industry and the dangers the railway can bring if it isn’t used safely.

Rail Week has been a great opportunity for us to engage with local schools and inspire a generation of young people to consider future careers in rail.

The rail industry has a lot of exciting and dynamic career paths and we’re keen to help bridge the skills gap and emphasise just how many opportunities there are for a broad range of people at companies like Network Rail.

In York, 19 volunteers visited seven high schools with presentations about the rail industry and interactive activities – all part of a wider programme of events in the city for Rail Week.

A stall at York station offered information about railway careers and shared details of the events available through the week.

Weekend tours were a highlight, with guided visits including York Railway Past and Present – a walk around York’s historic centre to see how it was shaped by the railway – as well as a tour of the workforce development centre and a self-guided tour of Scarborough Bridge, with a video and presentation about how it was rebuilt.

Members of the public were also invited to a tour of Network Rail’s Training and Signalling centre in York on Sunday 3 July.

Signalling was in focus elsewhere on the rail network too. On 30 June Network Rail opened the doors to its Basingstoke training centre campus to nine students from the City of London Academy, giving them first-hand experience of driving trains and operating signalling equipment.

The students tested their skills on Network Rail’s driver and signalling simulators and track equipment.

Network Rail will have a huge demand for science, technology, engineering and mathematics (STEM) graduates and apprentices in the coming years so it is vital that we take an active role in promoting the fantastic opportunities available to young people at this crucial point in their school careers.

Across the south and west, Network Rail volunteers attended an assembly of over 100 students at Hampton Junior School in Hampton to talk about how to stay safe on the railway, and delivered a presentation to students at Henry Tyndale School in Farnborough discussing how Network Rail plans to make the railway safer and more accessible over the coming years.

A visit from the Network Rail Safety Bus to Reading station on Tuesday 28 June provided the perfect opportunity to discuss safety on the railway with the public, while experts from disciplines across Network Rail were on hand to answer questions.

In Anglia, a special c2c school train was running from Pitsea to Southend, with Network Rail employees giving career and safety talks to the children on board.

This gave me the chance to showcase that a career in the railway is not just about trains and tracks; it’s full of exciting challenges and vital to our economy.

Network Rail experts were also at the Norfolk Show during Rail Week, with a mock level crossing as a backdrop for people of all ages to learn about crossing the railway safely and find out about the role of the British Transport Police (BTP) and the joint BTP and Network Rail mobile safety vehicles.

The BTP, who police the railway, were also promoting their discreet service for reporting crime or incidents on trains and at stations by texting 61016.

Young Rail Professionals and Network Rail hope that this week’s events will help attract more young people into careers in rail, not only addressing the skills shortage in rail-related roles, but also inspiring a generation of young people into exciting and dynamic careers.

To see posts from the week on social media, use #railweek and #careersinrail. 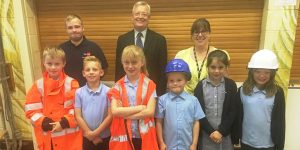 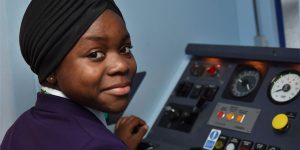 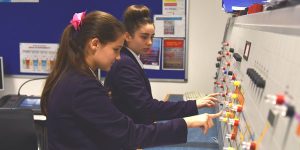 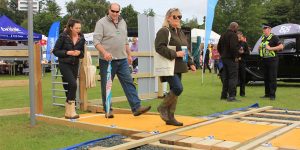 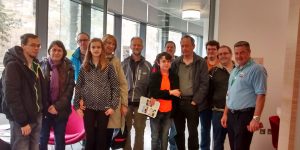 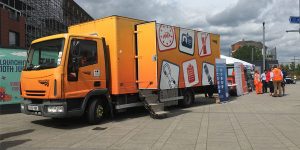